Destroy enemies and collect items, such as speed, that are stored in a tail behind your ship. Press the second button to activate them one by one in the order they were collected. 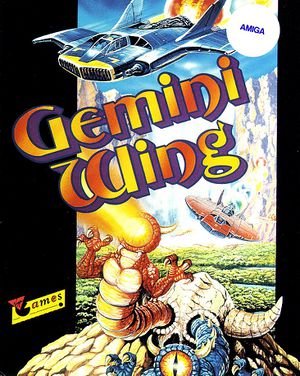 Box art for the Virgin Games port of Gemini Wing.