Plotting is an arcade video puzzle game where you match a set number of blocks with the same pattern to clear each level.

This game is known in Japan as "Flipull". 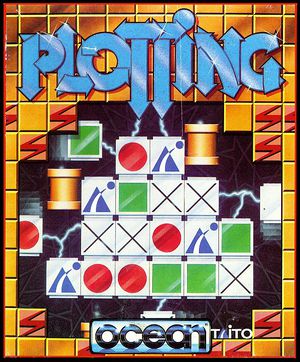 Box art for the Ocean port of Plotting.