It is highly uncertain what the OLD Dragons have in common with the new. 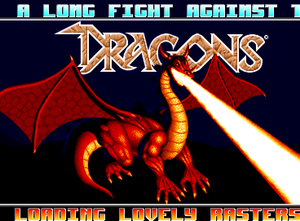