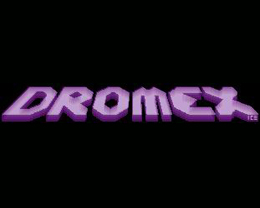 Dromex was build up in 1991 by former members of Future-Byte, a small Group living in Remscheid/Germany. Later Defender of Future teamed up as a Coder, but was kicked again after a few month doing nothing in the group. In 1992 they decided to break up because they didn´t find a good Coder for their Productions. Rackler joined Wildfire in May 1992 as their new Swapper. Booster and Ice both joined Lunatic Earls, Ice later teamed up with Alpha Flight. 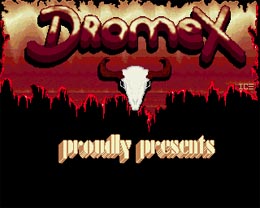 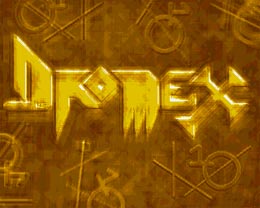 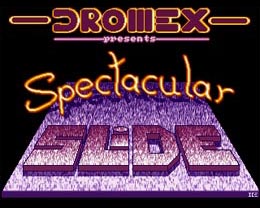 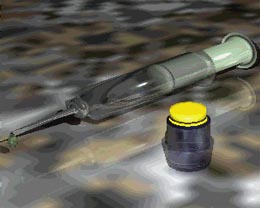 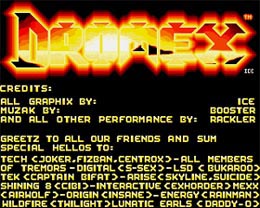