From ExoticA
(Redirected from Absolute)

Absolute! is an Amiga demo group.

Absolute! was formed around october 1992 by the best members of Soc. Brigade (ADT, Ben...) and Live Act (Asti, Viti...). They're probably best known for their hungarian graphician Rack and their diskmag 'Sledge Hammer'. There was actually 9 issues of the mag released in Hungarian before the first English release! After the last issue of SH had been released, there were some rumours and loose advertising for a new cooperation mag with Dreamdealers, called "Cult". Fester would be main editor, and Napoleon from Dreamdealers would do the code. They also arranged the Hungarian party The Hammering in 1993 and 1994, and tried to coarrange Wildstock '95 with a pc group, but that party was cancelled. Rack has NEVER been a doublemember of Balance, as claimed in some mags. A mag released late 95 carried news that Lord and Fester were now main organizers. Who were before?

1993
Twilight, Doc Holiday and Rackler joined from Wildfire and opened a german Division with Rackler as their organiser, who also continued his packseries "Forbidden Planet" under the label of Absolute. They recruited new members in germany: Twice (Code, Music), DSN (Gfx, Music) and Star (Sascha Hoeppner)/ex-Elysion (Trader, Swap). After the german divison left together with Rodney (gfx, ex E.M.I, 93) from Sweden because of the difficulties with the distance between the countries at the end of the year to build up the group Lego together with some other german friends, Absolute kicked all other foreign members, and are now 100% Hungarian late 93.
1994
After travelling all the way to Finland for the assembly with members of Sanity from Germany, Lord released the 'slideshow' "Assembly 94 Slideshow" [08/94] soon after.
1995
Graphician Skowron joined Funzine late 95. 'PALACE' BBS is not an HQ anymore (late95).
1996
Polish Musician Scorpik (new late 95) left the Amiga scene for Pulse on the PC in late 1996. Pulse, incidentally, features many talented ex- and current Amiga scene celebrities, like f.ex. Lazur. Anyone with a Pentium gathering dust would be well advised to check out their productions. You might see a name or two you recognize :)
1997
Early in the year, Jean returned from his studies in France and returned to his native Budapest. Mr.Now is not a member, as was stated in a diskmag. Poko and Fate joined with their board 'FATAL CONNEXTION'.

See Absolute!/Reviews for personal reviews for these releases. 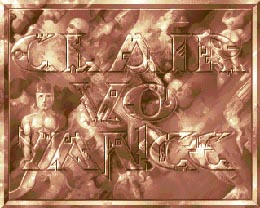 Info
Though the invitation intro was released, the party itself was never held!

The following demos in the UnExoticA collection were created by Absolute!.