From ExoticA
< Andrew Barnabas
This originally came from The Best Game Music In The World ...Ever!. The site has been closed since 2001, so it has been reproduced here, courtesy of Beej.

In July of 1997, I caught up with Andrew Barnabas of Millennium Ltd (now "Sony Computer Entertainment (Europe) Cambridge Studios"), one of their lead musicians and in-house composers. Andrew composed the music for the all-time classic shoot'em-up computer game "SWIV" in 1990, and now works full-time in his state-of-the-art Cambridge studio...

Tell me how you came to write the music for SWIV.

SWIV happened very suddenly. I'd only been working with Amigas for nine months when my first opportunity as a "published games composer" came around, and obviously I jumped at the chance. I got my Amiga for Christmas in 1989, and got my first commission in October '90, just after winning my first competition! I was quite fortunate; apparently a number of people had 'auditioned' tunes for SWIV, and they just rang me up and asked me to come in. I played them a couple of tunes, and they said yes.

What happened after you were commissioned for SWIV?

It was the stepping stone to success. I'd been involved in the Amiga scene for nine months, and had already amassed a large number of contacts in the music scene, including many well known names from around Europe. I went to ECTS in February '91 with my scene friend from London, Bob. For these trade shows you have to give yourself a company name, and since we had nothing like that at all, we took the initials of our scene names, and made up a company name. His name was "Dark Elf", and mine was "Night-Shade". From this came "DENS", and we added the "Design" bit to sound that little bit more professional. So, we were now DENS Design.

We were just wandering around, and happened to walk up to the Accolade stand, and asked about the new "Test Drive" game. One of the people on the stand suddenly asked "So what can you design for us?". We were surprised at being asked, and started chatting about music. We then took it upon ourselves to walk round the rest of the show offering our services as a freelance music company, supplying music for games.

How did things progress from there?

For the next three years or so we stormed the games industry and worked on loads of games. As Bob and I were still at University this was still a little fun on the side. I personally worked on Cool Spot, Global Gladiators, Aladdin, FIFA '96 and Pinball Dreams, whilst Bjørn worked on loads of Team 17 stuff. Bjørn also took the initiative by releasing his first CD in 1992 under the DENS Design label!

I also had my run ins with various companies (no names mentioned), got ripped off left, right and centre, but most importantly I learned from the experience. Because I was a student for all of these years, the money was more pocket money than an actual income. It was A LOT of fun, and a brilliant way to get into the industry. I also got to know quite a few professional full-time musicians, and asked for their help when needed. A couple of them even came to me quite a bit for Amiga advice.

So whatever happened to DENS Design?

As time went on, the other members started 'growing up', and moving on. Rene Bidstrup wanted to concentrate on graphics, Bjørn got offered a job with Team 17, Bob had finished his degree, and it was crunch time for me at University.

It was obvious to me that making a full-time thing out of DENS Design wasn't going to work. We were all Amiga experts, but by that time Commodore had bitten the dust and PCs were everywhere. So we split, and did our own thing. Fortunately for three of us at least (I haven't spoken to Volker for ages) we're all doing the job we enjoy. Bob makes web pages and does cool LightWave animations for corporate videos. Bjørn churns out CDs every other month, and I'm working for Sony.

Was it easy getting a full-time job as a musician?

Having worked in the industry for four years or so I'd met a lot of people. A few of them even offered me a job. Anyway since I was from Croydon, and Probe Entertainment were based there, I thought I'd just ring them up and see what they had to say. I brought a few games in that I'd worked on and flashed them around. By the time ECTS came around, I still hadn't heard from them, so I just went and had a couple of interviews with Millennium, Grandslam and Flair.

Millennium was by far the most impressive. They invited me to come and see the studio that they were building. It completely BLEW ME AWAY. This place was custom built, properly designed walls, raised floor, miles of cabling, all costing a cool £250,000. These people were serious. They were buying Neumann TLM170 Microphones for £2,000 each! I had never seen anything like it. It was all Mac based, using a system called "ProTools" by Digidesign. I knew that I HAD to be there. Even though the pay I was offered was in the region of half what I had been offered elsewhere, the prospects were overwhelming. The studio is the most advanced recording studio for a games developer in the UK. I've done stuff I would never have dreamed possible with the paltry 16-track analogue studio which my University owned. I've since recorded many a guitar, harmonica, and even a full male choir.

How do you feel about your first CD, "Shades"? 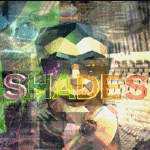 "Shades" was started in September 1994. The first tune I wrote was "Mr.Gerald' (acid-jazz in the Jamiroquai vein), and that alone took three months to complete. Organising rehearsals with the brass section which I had assembled was a pain in the arse on its own, let alone getting them to play together, in time etc. I wrote the track as General Midi on my wicked 386DX-40 using Cakewalk, and gradually replaced the midi instruments with live ones. What a nightmare. It took 15 people to get that song right - two guitarists, a bass player, drums, percussion, an engineer, keys (played by me), and all the brass. They hated working with me, because I was such a perfectionist.

Five of the tunes on "Shades" were recorded at University; four of them live. "Doin' the Deed" is a rock funk track in the style of the Red Hot Chili Peppers, which I am VERY happy with. "Water II" was the only synth track that I allowed in from my University days. The remaining six were done at Millennium.

Bjørn wrote "Earth Child", which is great. I wrote a track for his "Dreamstate" album, so I asked him to return the favour. My favourite track is "Mellow", the soul jazz track. It was written in the space of a month whilst trying to finish the Medley tracks, finish the web page, deal with the record company and Sony on a daily basis, deal with the graphic artists, finish the artwork which I ended up having to do, work full time at Millennium, AND try to make sure my girlfriend didn't forget what I looked like!

Are you happy with the end result?

Well, to answer your question, I'm VERY happy with "Shades". For my first album its got a lot of variety, and sums me up quite well. I can listen to it now and hear horrible mistakes in every track, and can easily do things a lot better now. When I've finished working on my current round of projects I intend on starting "Shades 2: The Revenge"! I think it'll be an album with one style of music this time. I just can't decide which style to choose - the ambient stuff or the jazzy stuff.

Maybe you can help?

Special thanks to Andy Barnabas for putting extra effort into providing information for his fans at TBGMWE.
This interview is copyright © Ben Preece 1998 and may not be modified or re-used in any form without written permission.