From ExoticA
< Bjørn Lynne
This originally came from The Best Game Music In The World ...Ever!. The site has been closed since 2001, so it has been reproduced here, courtesy of Beej.

A classic success story, Bjørn Arild Lynne moved out of the amateur Amiga demo and music scene into that magical world of the professional musician. Despite releasing around two CDs every year, Bjørn found the time to answer some of my questions...

In the beginning, did you ever expect to be writing music specifically for computer games?

Not in my wildest dreams. Back when I did my very first basic stuff, the only music that was in computer games was extremely basic, and I think most of it was composed by the game programmers themselves. So as far as I knew, there was no such thing as a Game Music Composer. It sort of dawned on me gradually, as I saw the Amiga scene blossom, and the Amiga games started coming out with real music. By then, I was already doing lots of music for demos, and I realised that it could be possible to make a few quid writing music for games. But even then, I never considered it as a full time prospect. I guess it didn't really occur to me until I got the job offer from Team17.

The move to Team17 was very sudden. How did it feel to start a new job in another country?

It felt a bit scary, and very exciting. I remember coming over here [to Britain] with just two suitcases and no idea what was ahead of me. I had sold everything I owned back in Norway, and more or less just dived into it with real no experience from the game industry (although I had done a few games as a freelancer, I had no idea what went on behind the scenes); no place to live, a different language, a different society altogether. For the first few nights I stayed at Martyn's house (Martyn is our Development Director), and I remember sitting on his porch outside late at night thinking, "What the hell am I doing?". Everyone at Team17 were really friendly though - they made me feel welcome, and it wasn't long before I was at the local pub for the first of many Team17 piss-ups! :-)

You've been quoted as saying that "The Void" is your most cherished work. What makes it so different from your other CDs? 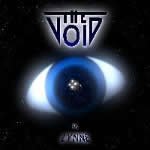 Seriously though, "The Void" is a continuation of the style of music that I had been developing on my previous albums, a kind of mixture between electronic music and symphonic rock music. So style-wise it's not that different from my previous albums, but on "The Void" I really felt it was all coming together as a whole. By now I had the experience and equipment to make it sound exactly like I wanted it to sound. And as a writer, I had matured enough to avoid the obvious traps of over complicating or moving things ahead too quickly, just to put as much different music in as possible.

On "The Void" I gave the various parts and tracks plenty of time to evolve and mature. This resulted in a very deep "flow" which I feel the album has. Listening to it puts me in a different state of mind, and from what the reviews say, it seems to work that way with other people as well, because it's getting fab reviews all over, even in the "serious" music press.

"The Void" took a long time coming - although I worked on other things in between, the whole project took more than two years to complete. I introduced real guitar and bass guitar (which I had learned to play, at least the basics), and the sound of these real instruments gave the whole album an additional "dimension" - a warmer and fuller sound, if you will. My previous albums had been all done on synthesizers, with only the occasional guitar thrown in by guest musicians. But there's a difference between writing music for synthesizer, and then throwing some guitar on top of it - and writing music for synth/guitar/bass from the start. You get a whole different view of the music as you're writing it, and I believe the listeners can tell.

You've released six CDs of your work in just three years; most professional musicians won't have six CDs published in their whole lifetime. How does this make you feel?

It makes me feel terrible! Baaa-haaah! No really - think about it. A band like, say, U2 or Aerosmith or whatever... when they do an album, they spend maybe four months doing the actual album. Then they go on a "promotion" round for about three or four months, they travel around the world presenting their album, talking to every newspaper, magazine and radio stations, being interviewed thousands of times. Then they do a six month tour, playing their music live. Then they take a six month break from everything, so that they don't get too fed up seeing each others' faces every single day, and so they can spend a little time with their families. So maybe a year-and-a-half or even two years have passed, whereas they only spent maybe four months actually writing and recording the album. Heck, you hear about these bands sometimes saying, "Oh, we did this album in three weeks".

Me, I don't do the promotional tour. I don't do the live-tour. And I don't take the six month break. I work with music full time, 12 hours a day, seven days a week. I take maybe three or four weeks off a year. So when I release an album - maybe every eight months or so - that means I have actually worked on that album, on and off, for the last eight months. And that's quite a long time to develop an album.

As for the artists who only do an album every 5 years (Mike Oldfield?), I have no idea what they're up to. They probably spend most of their time playing golf. They can say what they want - there's no way it takes five years to write an album. I think, if you sell millions of copies of your album, then you don't have to work for the money any more, and it gets tempting to just let the days drift away, sitting by the pool or playing golf or whatever it is these rich people get up to.

"Decade" is a near-complete musical history of your early years. What ambitions will Lynne be fulfilling over the next ten years? 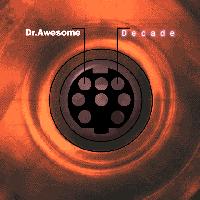 I gotta tell you, I have no idea. Right now I work with music full time and make a decent living on it - and that's all I ever wanted. As long as things stay the same, I won't complain. But I have to stay sharp, keep practicing, and keep on my toes, because there's a lot of great talent out there, and they are all after my job! So there's no time to sit back and relax. That's another reason why I am doing my CD albums as well, in addition to the game soundtracks. I don't want to lose track of things by only doing game soundtracks and nothing else, as then I feel I will lose my "edge". I have to keep one foot in the world of game music and the other foot in the world of "real" music, in order to avoid losing perspective and falling behind.

As for the future...well, let's just get these Worms 2 and Pinball Addiction soundtracks done, first! :-) No, maybe I'll be writing some stuff for TV or something? I don't know.

All I want to do is to be able to write music every day, and make a living on it.

I'm not sure if they do it anymore...if they do, it's only a speciality, probably only served to tourists who come to Norway to see and live the "hyper-Norwegian" stuff :-) They eat a lot of fish, though, and I'm talking nice fish, not bloody soaked-in-lard fish and chips!

Bjørn has an excellent website devoted to all things Lynne, which you can find at http://www.lynnemusic.com/. You'll find all the latest news, CD releases, ordering details, mailing list, and free downloads. This interview is copyright © Ben Preece 1997 and may not be modified or re-used in any form without written permission.