Shinobi is an horizontally scrolling platform arcade video game beat-em-up where the player takes on the role of Joe Musashi, a Shinobi Ninja, who must fight his way through 5 tough missions - each made up of between 3 to 5 stages - in his quest to rescue the kidnapped Ninja children of the Iga clan; now hostages of an evil Ninja syndicate called "Zeed". To complete a mission, the player must rescue all of the kidnapped children on each level, with the number of hostages remaining displayed on a meter in the bottom left corner of the screen.

The Shinobi Ninja begins each level armed with either 'shuriken' throwing stars or a gun for long-range attacks; and a Samurai sword for close-range combat. In addition, the Ninja also has one 'Magic Attack' per level; a smart bomb which kills or damages all on-screen enemies. A points bonus is awarded whenever a level is completed without the Magic Attack being used. An end-of-level guardian awaits the player at the end of each mission, and each takes several hits before it is killed. Once a boss is defeated, the player is taken to a bonus stage in which a large number of Ninjas will try to 'jump' from the back of the screen to the front to attack the player. A bonus life is awarded if the player manages to kill all of the Ninjas without being attacked.

Shinobi was a huge success for Sega, and deservedly so. Its perfectly realised blend of platform and fighting action and is as fine an exponent of the 'easy to get into, difficult to master' game-play ethic as video games have seen.

Shinobi was one of the many names given to the ninja in feudal Japan. Its literal translation is 'stealer-in'; a reference to what Ninjas specialized in above all else. By employing any number of tricks such as stealth walking and staying upwind of any guard animals, the Shinobi went undetected about his mission. On a more devious level, the Shinobi was also a master of disguise, and would often 'steal in' to village communities disguised as a local, or into enemy palaces disguised as a wandering priest.

In addition to getting points from killing enemies, you can also score points for time left on the clock after you complete a level. You get 30 points per second of remaining time.

You can also receive special bonuses at the end of each level for certain actions :

Unless you are continuing, each game begins at 'Mission 1' and will have everything you need to complete each mission. Each level must be completed within 3 minutes, and all hostages must be rescued before you can exit the level. If you are killed, all hostages rescued prior to your death will still be recorded as rescued. In addition to mêlée attacks, you will also be able to use a specific Ninja Magic attack once per level. These magical attacks kill everything that is on the screen but you will be awarded a point bonus if you manage to complete a level WITHOUT using your Ninja Magic. The three Ninja Magic attacks are : 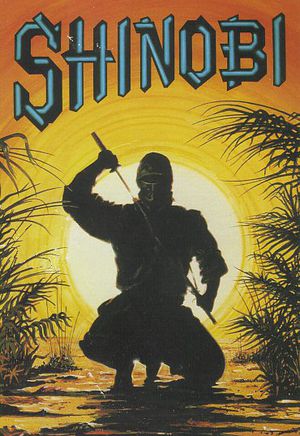 Box art for the The Sales Curve port of Shinobi. 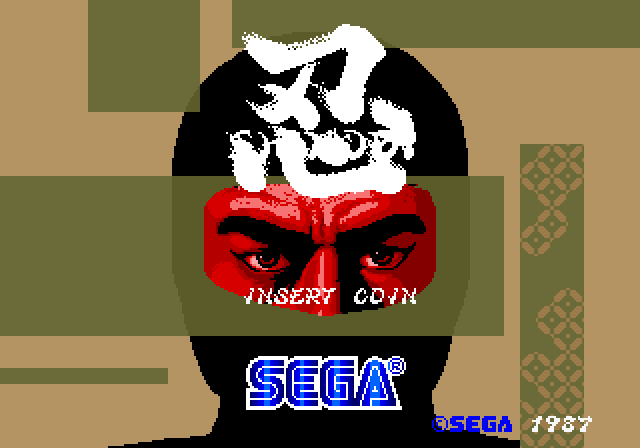