The player begins the game riding a motorbike, then in subsequent levels a sports car, a beach buggy, a boat, a chopper and even a Formula 1 racing car! All of the vehicles are of course, fully armed to deal with the many enemy vehicles and gun emplacements intent on stopping the player's progress.

The helicopter levels play as a straightforward vertically-scrolling shoot-em-up and bear more than a passing resemblance to Namco's "Xevious". 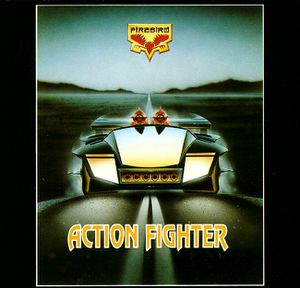 Box art for the Firebird port of Action Fighter.