Out Run is a chase-view driving arcade video game that puts the player behind the wheel of a red Ferrari Testarossa in this ground-breaking and hugely popular racing game. As with most games of the genre, players must reach the end-of-stage 'goal' before the tight time limit expires. Out Run's lush, colourful levels are all packed with civilian traffic that, in addition to the tracks themselves, must be carefully negotiated. Upon crashing, the player's car doesn't explode or come to a sudden halt as with other games of the time; it flips into the air before crashing to the ground and eventually rolling to a stop; throwing the driver and his female passenger from the car in the process.

As well as being able to choose which route to take through the game, players can also choose from one of 3 different catchy songs to listen to while driving. The 3 songs are : 'Magical Sound Shower', 'Passing Breeze' and 'Splash Wave'.

At the end of each stage, before the end-of-stage goal is reached, players are presented with a fork in the road; a unique innovation that, for the first time in the history of racing games, gave players a choice of which route they wished to take through the game. Out Run's game-play was both tight and instinctive and, together with the superb stage design and wonderfully realized sprite-scaled graphics, would completely revolutionize not just racing games, but arcade games in general.

Out Run is still regarded as perhaps the finest arcade racer (and certainly the finest sprite-driven racer) of all time. This was especially true of the deluxe cabinet version, which featured a fully hydraulic tilting cabinet (resembling a red Ferrari Testarossa) and a powerful speaker system situated directly behind the player's head. The music still captivates many fans today, although the sublime 'Magical Sound Shower' is generally regarded as the finest of the three in-game tunes on offer (the others being 'Passing Breeze' and 'Splash Wave'). The final tune, 'Last Wave', is only played when entering your name on the high-score table.

At least part of Out Run's huge success was down to it capturing the fun-yet-superficial spirit of the 1980s. Previous racing games had concentrated on the more serious side of racing, with the action usually taking place in a Formula One racing car, over a series of competent but uninspiring racing tracks. Out Run was different; in a decade that celebrated style over content, the game offered players the ultimate boy racer experience by putting them behind the wheel of that eighties icon of cool, a red Ferrari Testarossa; replete with a 'blonde bimbo' in the passenger seat.

Sega didn't actually have (nor indeed ask for) permission from Ferrari to use one of their cars for the game. This inevitably led to a degree of bad feeling and threats of litigation between the two companies. They have since settled their differences, however, as Sega acquired an official license to use the Ferrari range in its 2003 sequel, "Out Run 2".

Richard Jackson holds the official record for this game with 52,897,690 points.

In the film 'Donnie Darko', Donnie is playing Out Run at an arcade with his girlfriend. The scene shows him crashing his car during their discussion.

An Out Run cabinet can be seen in the 1988 educational video presented by General Motors called 'The Game Of Your Life'.

An Out Run machine was shown at the 2003 classic arcade games show 'California Extreme' in San Jose, California.

A MTV public announcement against drunk driving shown in the mid '90s shows a gamer in their viewpoint playing Out Run whilst under the influence of alcohol and cuts to each point where the gamer crashes until the end of game.

In "Out Run [Deluxe Sit-Down model]", all the courses are in a different order. 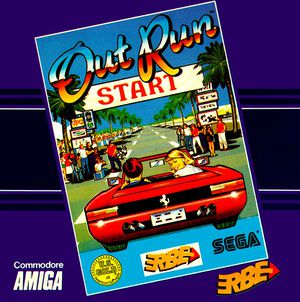 Box art for Erbe's release of Out Run. 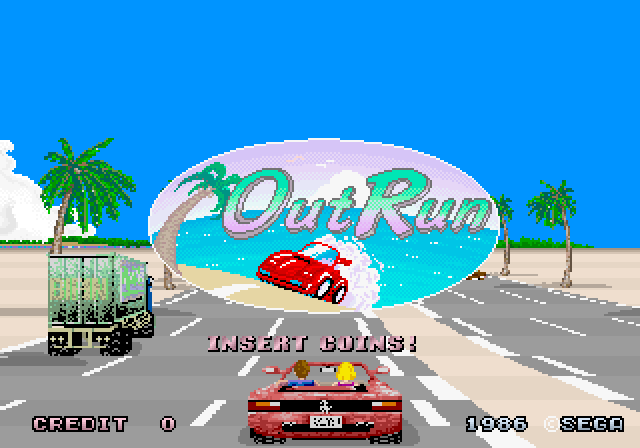 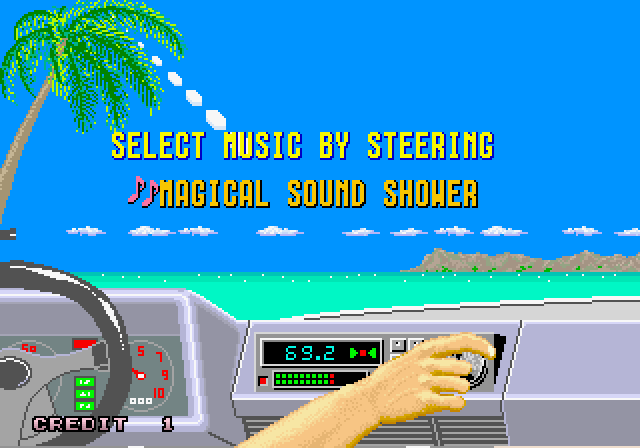 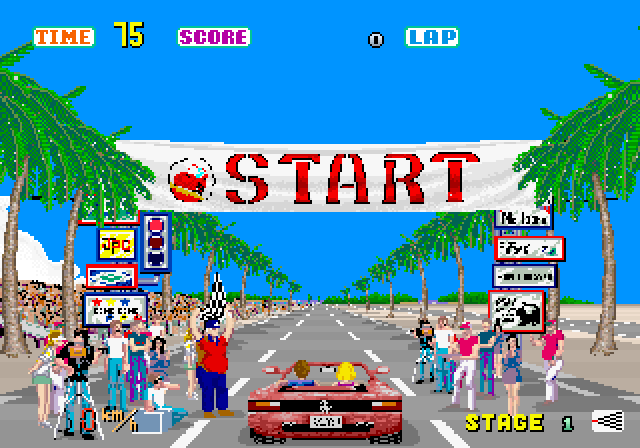 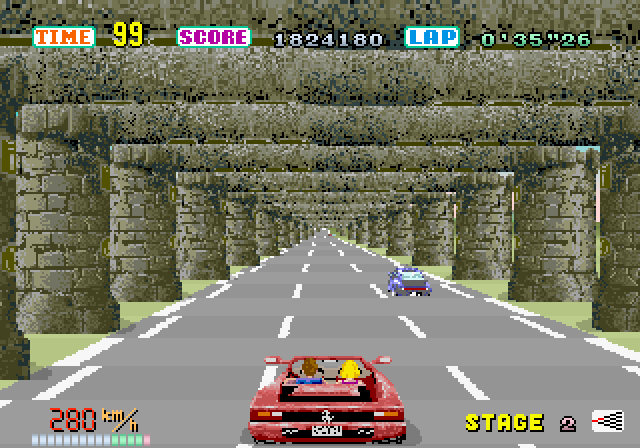 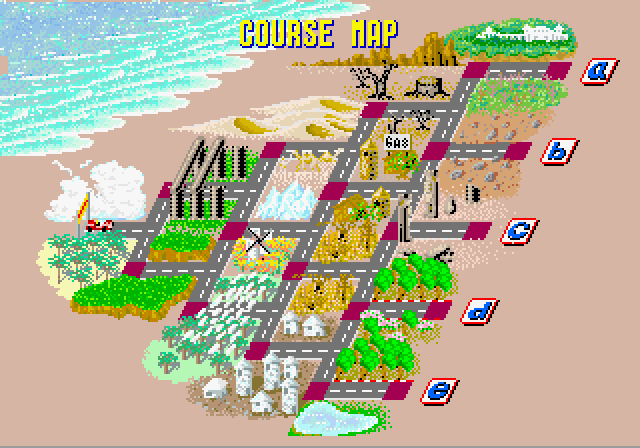 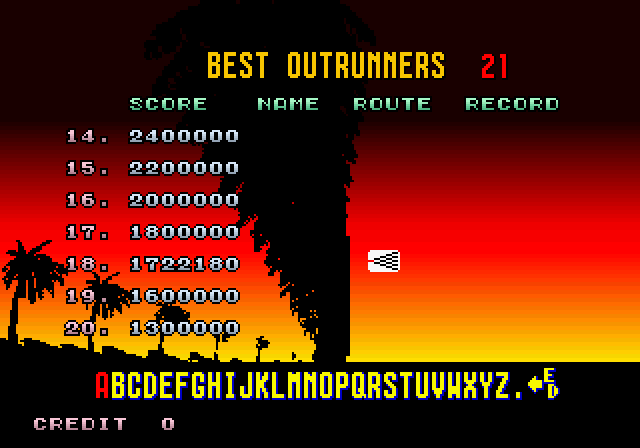