A city has been invaded by the undead, you as any of three soldiers must shoot & blast your way out or you'll become tonight's main course in this frantic first person shooter! Features excellent graphics and lots of challenge! No one knows how it happened but one thing is for sure, we'll risk our lives... and have lots of fun!

A Beast Busters unit appears in the 1998 movie 'The Replacement Killers'. 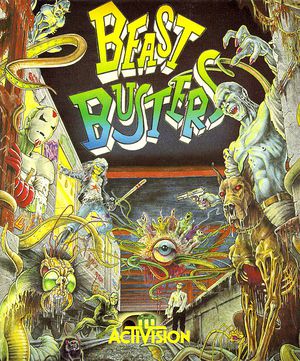 Box art for the Activision port of Beast Busters.