At the beginning of the 21st century, the human race had committed a colossal error. Thereafter, some third world countries were rehabilitated. Then one day, the Earth was subjected to a surprise attack by a mysterious enemy. Emergency situation! Scramble immediately! 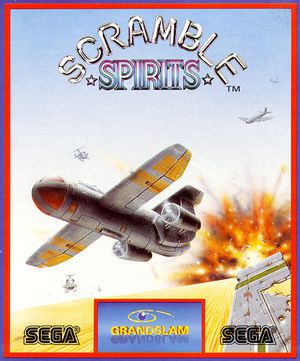 Box art for the Grandslam port of Scramble Spirits.