Licensed to Romstar for US manufacture and distribution (December 1987).

This game is known in Japan as "Tora-he no Michi". 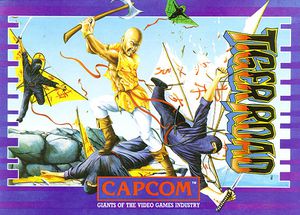 Box art for the Go! port of Tiger Road.