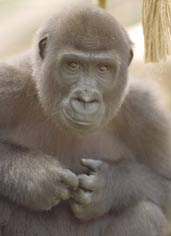 Photo taken of XtC when he was less bald! ;-)

My Contributions to ExoticA

Towards the back end of '97 BuZz sent an e-mail to the ExoticA mailing list asking if anyone could do some graphics for ExoticA. To begin with there were some small graphics for the classic intro page.

Providing free graphics was the least I could do since I'd leached the entire website! ;-)

In May of 1998, my first logo was splattered on the intro page and I've not really looked back! I've done a few of these over the years. Hopefully, I'll be doing more in the years to come...

No one asked me to do it, but I like a challenge! I converted the CDXL movies present on the CD³² version of the game into MPEG video, so everyone could watch them! I haven't seen the PC CD-ROM version of Tower Assault but I'm guessing that cinepak was used and the quality might not have been so clear. Of course, I could be wrong.

I obtained Martyn Brown's permission to do this if any one is curious! ;-)

This was a bit of a privilege.

I actually had two choices, enter the competition or judge it. BuZz persuaded me to judge it. So I did.

Although there were several entries, I really wish more people had taken part. Maybe there will be another one some day...

After my repeated begging and persuading to BuZz to add game non-exotic game music to ExoticA he finally took the plunge and with the programing genius of Kyzer UnExoticA sprang up!

I'm currently the main archivist (well, I'm certainly the only one updating the collection). As at July 8th, 2007, I've contributed towards 923 soundtrack rips since the project began!