Lost In Translation/1943 - The Battle of Midway

1943 - The Battle of Midway is a vertically scrolling arcade video game shoot-em-up and obvious sequel to 1942.

Unlike 1942, this game featured an energy level indicator, meaning one taking one hit wouldn't kill you instantly. The game also featured other 'mega-weapons' such as lightning, cyclone and tsunami.

A Japan-only updated version of this game was released as "1943 Kai - Midway Kaisen" and featured different graphics, gameplay and difficulty.

(from start to finish)

Hold these buttons at the beginning of each stage to activate the weapon...

A little known trick in the game is to hold down the fire button at the very end of a board immediately after beating the boss. By holding down the button until the plane takes off in the subsequent board, the game gives you a full ammunition load (65 Seconds)! This trick only works every third board or so and it may even change your selected weapon. 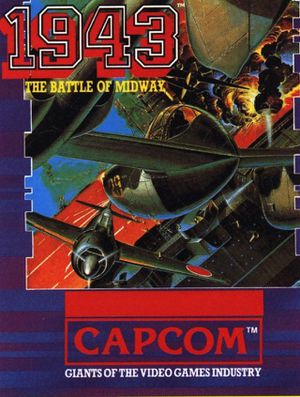