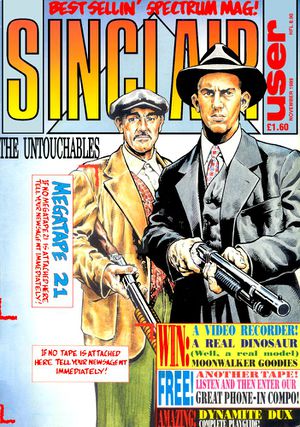 Issue 92 of Sinclair User, dated November 1989, contained two cover cassettes instead of the usual one. Typically, the cover cassette contained computer data that the user needed to load into a ZX Spectrum.

On this occasion, along with the data cassette there was also another cassette quoted as featuring "6 Amazing Coin-Op Soundtracks from Virgin Games", which might have made the reader assume the music was recorded from the arcade originals - but in fact five of the six soundtracks were recorded from our friend the Amiga!

Strangely enough, at no point in the magazine did it actually tell you where the music was sourced. 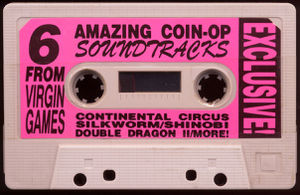 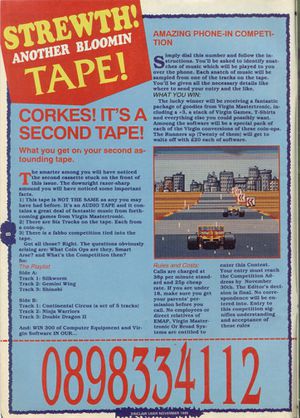 The original cassette suffered heavily from tape hiss, so the tracks were re-recorded for the World Of Spectrum and ExoticA using a real Amiga and a version of MAME.